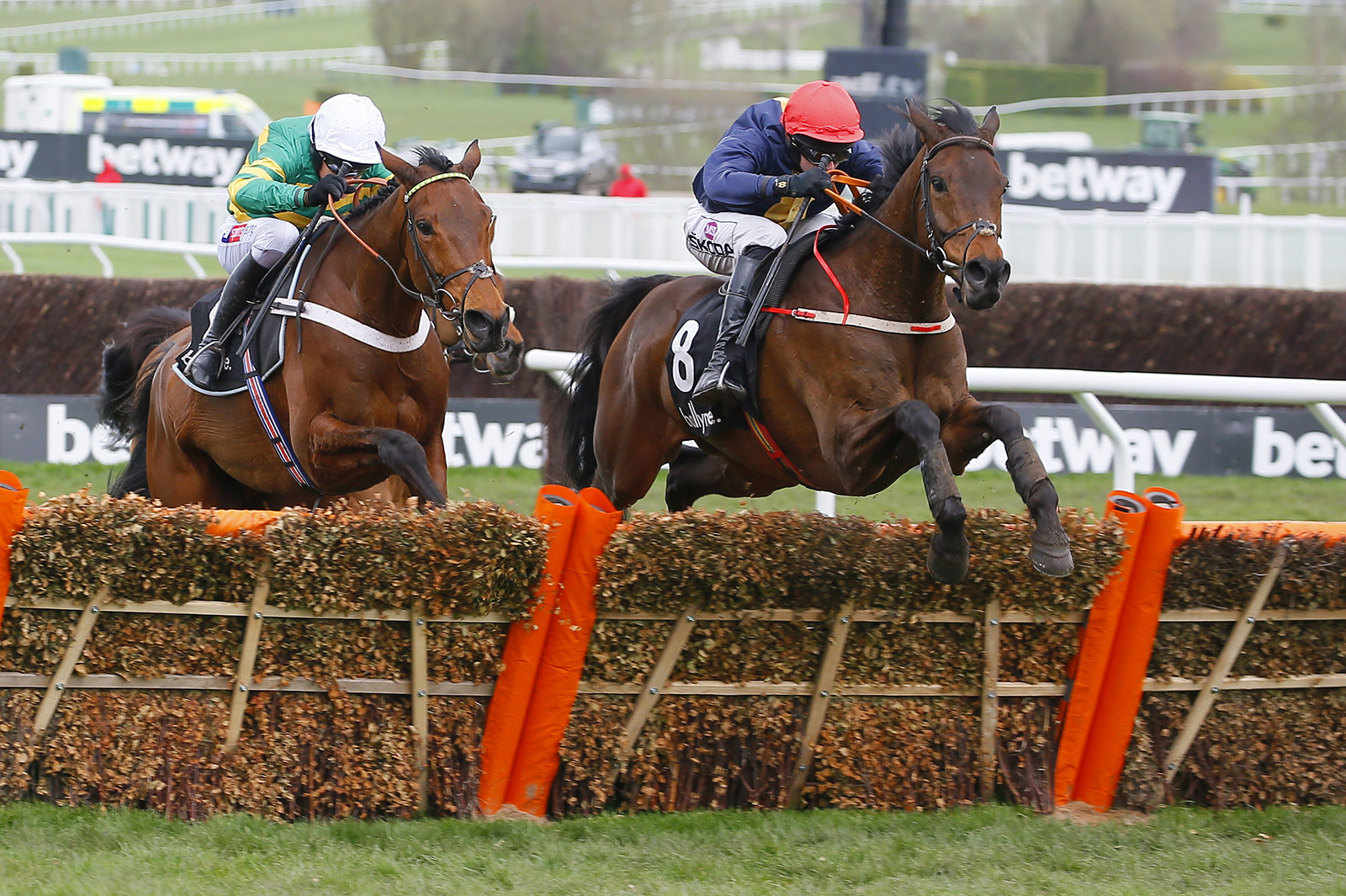 COURT CAVE’s best store sales results over the years have come at the Tattersalls Ireland Derby Sale with his most expensive three-year-olds all going under the hammer here.

At the 2018 renewal he achieved his best store price of €120,000 when Gordon Elliott bought Fortbarrington Stud’s gelding out of Jessica Harrington’s County Hurdle Winner and Grade 1-placed mare Spirit Leader. The half-brother to Grade 1 Christmas Hurdle Winner Prince Of Scars beat the previous best price of €115,000 which was paid by MV Magnier two years prior to that. The Coolmore team bought Shady Operator, a full brother to the Grade 3 and Listed-placed hurdler Court Artist from Castletown Quarry Stud.

A proven source of Cheltenham winners, COURT CAVE’s most recent Derby Sale graduate to go on to Grade 1 glory at the Festival is City Island (pictured above), who won the Ballymore Properties’ Novices’ Hurdle in 2019. City Island was purchased for €31,000 by his trainer Martin Brassil at the 2016 sale from breeder Ken Parkhill.

This year buyers have six opportunities to purchase a potential Cheltenham star by COURT CAVE at the Derby Sale.

Odonimee was a good performer on the track at around two miles and was third in the Grade 3 Phil Sweeney Memorial Chase. She is also a half-sister to the Grade 3 winner A Decent Excuse and has made a bright start to her broodmare career, producing a winner with her first runner, Madera Mist. Her fourth foal is Lot 163, a gelding by COURT CAVE consigned by Clock Tower Stud.

From Parkville Stud comes Lot 291 out of an unraced half-sister to Snoopy Loopy who won the Grade 1 Lancashire Chase at Haydock. Unique Snoopy is the dam of a winner and is a half-sister to Mega Mum, who has produced the Listed placed hurdler and point-to-point winner Mega Yeats.

Lot 311 is out of Zafarella who has a perfect record as a broodmare with five winners from five runners. Her offspring have also sold exceptionally well at auction with Malone Road by KALANISI making £325,000 as a four-year-old to Cheveley Park Stud and bumper winning Hollymount selling for £300,000 at the start of this year. Offered by Beechmount Farm Zafarella’s COURT CAVE gelding is also a half-brother to two blacktype performers; the Grade 2 Lightning Novices’ Chase third Ravenhill Road and Windsor Avenue, Grade 2-placed over hurdles and fences.