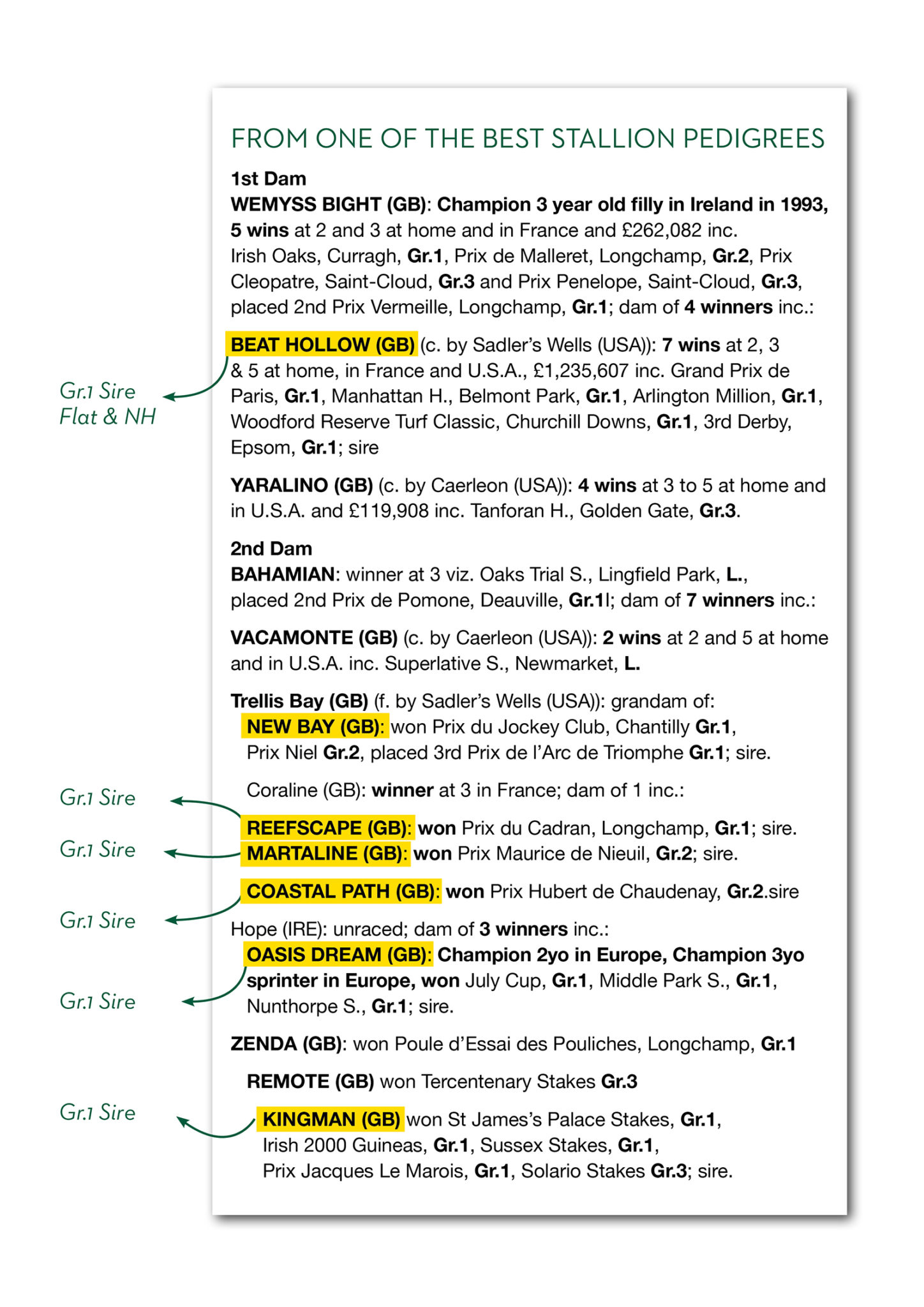 Unraced due to injury sustained to hind fetlock as a 2yo

STORES
3yo Stores have realised up to €120,000 and have been purchased by: Gigginstown House Stud, Highflyer B/S, Trevor
Hemmings, MV Magnier, Colin Bowe, Monbeg Stables etc.