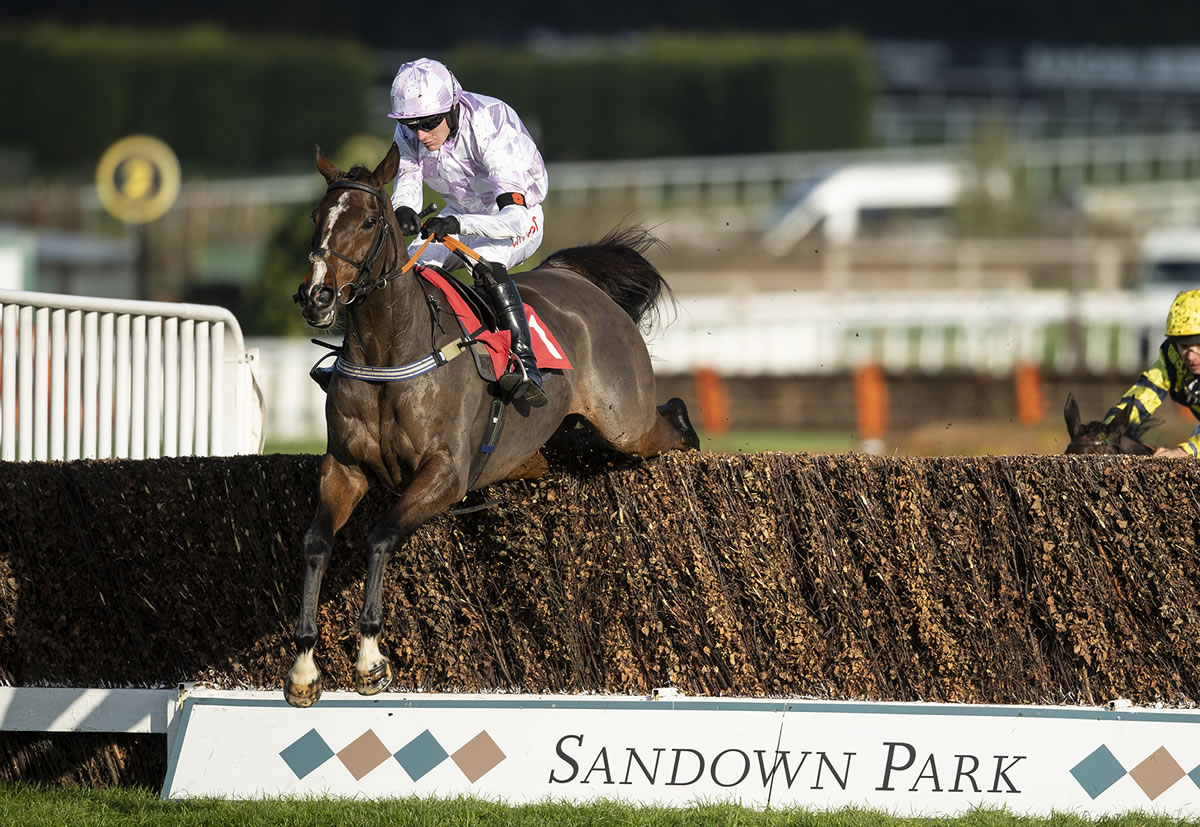 It was a good weekend for progeny of COURT CAVE with two new winners for the season and a new black type performer also.

First off the mark was the 6 year old mare TARA MIA at Downpatrick on Friday. She recorded her first win over fences and her second career victory in the Racing Post Handicap Chase. Both her victories have now come at the County Down track. Trained by Thomas Gibney in Trim and ridden by Daragh O’Keeffe, Tara Mia was gaining compensation for her recent unlucky run at the track where she unseated Donagh Meyler at the 2nd last whilst in the lead.

Next to get off the mark for the season was the Brian Ellison trained WEAKFIELD. He was making his debut over fences in the Campbell & Rowley Event Management Novices Handicap Chase at Hexham and he duly obliged in very impressive fashion. This was the 6 year old’s second consecutive success, having won his final start last season over fences. Bred by Sheena McDermott in Curraha, County Meath, Weakfield started his career in the point to point field by landing a 4 year old maiden at Portrush for owner/trainer Gavin Cromwell. He was subsequently sold to his current owners Phil & Julie Martin for £90,000 at Tattersalls Cheltenham November Sale. Weakfield is a half-brother to two other Boardsmill Sired winners in full sisters Sretaw and Bioverdia, both by KALANISI. Sretaw landed a string of wins on the flat including the Irish Cambridgeshire at the Curragh, whilst Bioverdia was a very impressive winner for Gordon Elliott of a 4yo bumper in April on her debut.

Rounding off a good weekend for COURT CAVE was the excellent performance of CHAMPAGNE COURT in the Cotswold Stone Supplies Ltd Silver Trophy at Chepstow on Saturday. He finished a gallant runner up in this Grade 3 Handicap Hurdle for trainer Jeremy Scott and owners IF Gosden and DJ Coles. The 6 year old had some creditable runs to his name last season including a 4th place finish at the Cheltenham Festival in the Martin Pipe Conditional Jockeys race and he now rises to a career high mar of 131. Bred by Laurence Kennedy in Longwood, County Meath- Champagne Court was sold by his breeder as a 3 year old at Goffs Landrover Sale for €12,000 to Thomond O’Mara who ran him 3 times between the flags before selling him privately to current connections.