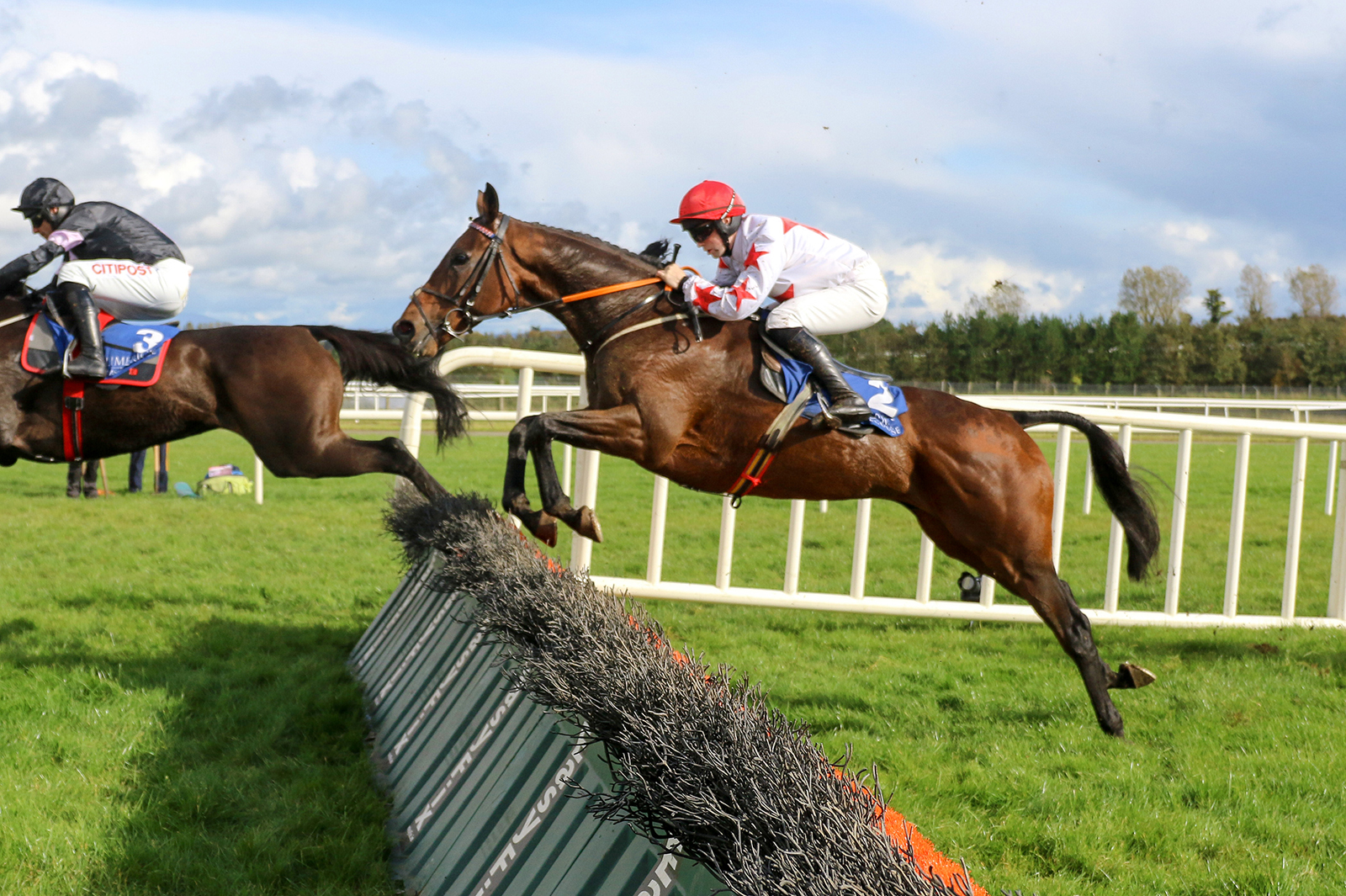 Darver Star notched up his fourth consecutive win with an impressive victory in the ‘Ladbrokes Where The Nation Plays’ LISTED Novice Hurdle at Limerick today. The 7 year old has proved to be a revelation this season rising from a rating of 104 in March to his current rating of 145. The Gavin Cromwell trained gelding has now won 5 races in total and this was his 2nd black type success following his Graded win in Killarney in August.

Owned and bred by a partnership of friends including Pat Cluskey and Sean Fanning from County Louth, Darver Star showed his owners a lot of promise as a youngster before incurring two different serious injuries. Based on the promise he had shown, Darver Star’s owners gave him all the time he needed to recover and didn’t reach the racecourse until he was a 6 year old. It is great to see this patience now being repaid in spades and their home bred has now amassed over €86,000 in prize money.
Darver Star is the first winner out of the unraced Oscar mare Maggies Oscar. Unfortunately Maggies Oscar died last year, but her breeders have a yearling filly by Mount Nelson to keep the line going.