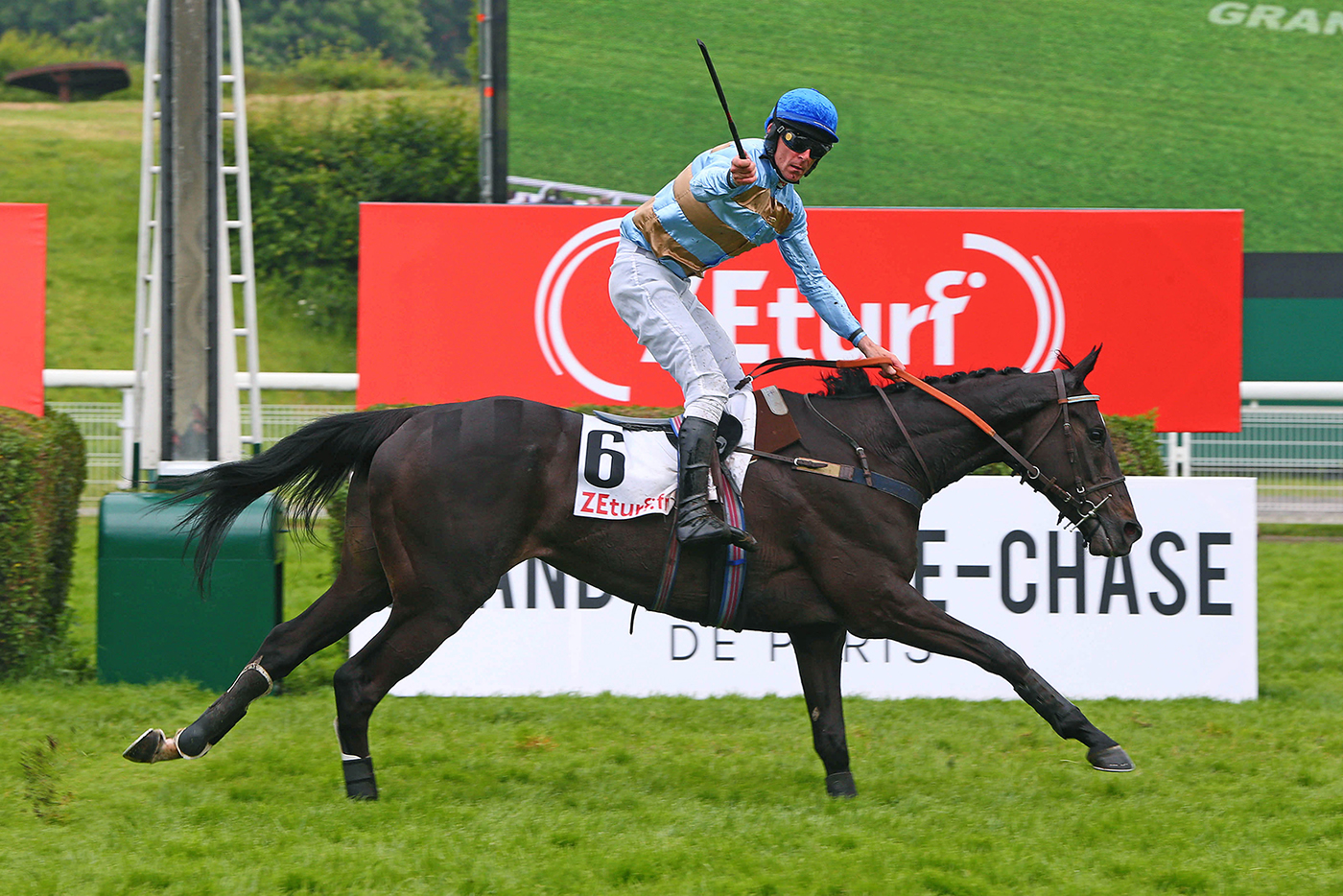 Carriacou, a seven year old son of CALIFET, landed the €820,000 Grade 1 Grand Steeple Chase de Paris at Auteuil today. The biggest race of the French jump racing calendar attracted a field of 19 runners and in the hands of Davy Russell, Carriacou ran out an impressive nine length winner.
Owned, Trained and bred by Isabelle Pacault and her family farm Ecurie Mirande, Carriacou was recording his ninth career win which brought his career earnings to over €1 million. After winning the Grade 1 Prix Maurice Gillois Chase in 2016, Carriacou finished 3rd in the 2017 renewal of this race as a five year old. However, he then missed almost two years through injury before making his comeback run in January of this year at Pau.
Carriacou is one of five Grade 1 winners by CALIFET whose first Irish bred crop are four year olds in 2019.