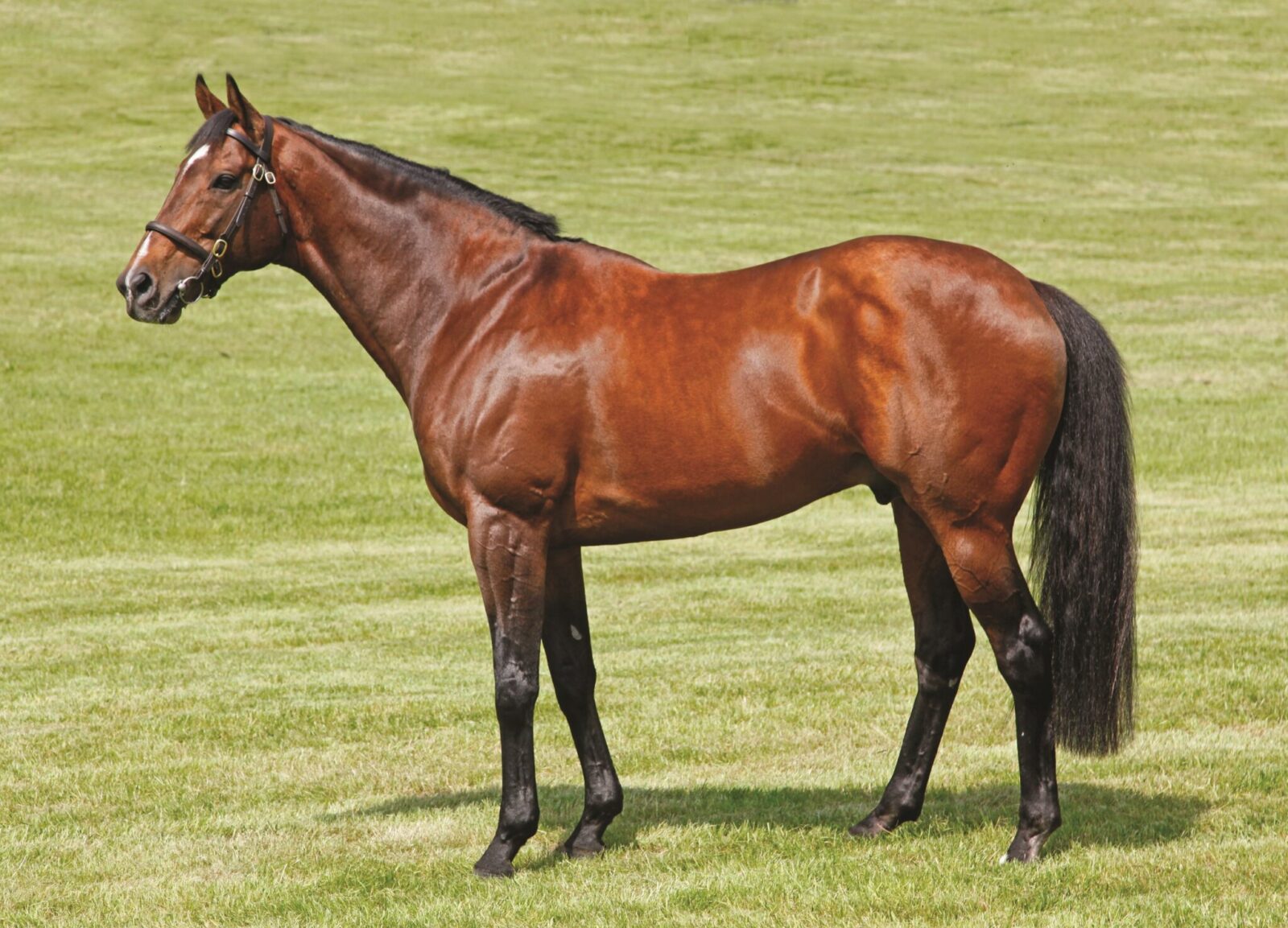 MOUNT NELSON’s first crop from his time here at Boardsmill Stud is one of the strongest, both on paper and numerically, of any stallion represented at this year’s Goffs Land Rover Sale.

His Land Rover class of 2021 numbers 31, and reflects the quality of his NH runners so far headed by the dual Cheltenham Festival Grade 1 winner Penhill.

From just a handful of Land Rover Sale graduates to date Mount Nelson has sired Secret Scripture, who was bought by the Monbeg Team at the 2019 Sale for €50,000 from Mill House Stud and won the 5yo geldings’ maiden at Grennan on 30th May for Donnchadh Doyle.

His only representative at the 2020 Land Rover Sale made €50,000 to Highflyer Bloodstock on behalf of Nicky Henderson, a figure more than 11 times his covering fee and 16 per cent above the sale average.

Although we are just at the start of store sales season, Mount Nelson is already responsible for a six figure sale with Tom Malone going to £150,000 on behalf of Paul Nicholls to secure Brown Island Stables’ half-brother to Grade 2 Peterborough Chase winner Charbel at Goffs UK Spring Sale last month. It was the second highest price achieved at the sale which posted record-breaking returns. Mount Nelson’s progeny averaged £43,333 for six sold, a figure that was 35 per cent higher than the sale’s average.

Lot 288 is a member of one of the Parkhill family’s most famous pedigrees. He is a half-brother to the 2019 Grade 1 Neptune Investments Novices’ Hurdle Winner City Island, by Court Cave, and to the dam of Grade 2 winner and Grade 1 placed Fury Road. His dam Victorine is a half-sister to the Champion Hurdle winning full-brothers Morley Street and Granville Again. Victorine is also a half-sister to the dam of Grade 1 Winner Lovethehigherlaw and to the second dam of Ferny Hollow, Winner of the 2020 Champion Bumper at Cheltenham.

Airlie Beach won the Grade 1 Royal Bond Novice Hurdle for Willie Mullins and her second foal, and first to come under the hammer, is Lot 310 consigned by Glen Stables on behalf of breeder Rowland Crellin. This gelding’s family has also been in the spotlight recently as it is that of the 2021 Grade 1 David Nicholson Mares’ Hurdle Winner Our Girl Salley.

Lot 590 comes close to the end of the Part Two session on Thursday but has a pedigree worth waiting for. He is the second foal of Boherna Lady, a winning full-sister to The Storyteller, successful at the Cheltenham Festival and a Dual Grade 1 Winner over fences. Bred by Mr S Moloney he is offered by Mount Rivers Bloodstock.